I love using Sentry for tracking errors in my web applications. Recently I have added crash reporting to our open source 350-mass-cambridge-somerville/350-actions-client project in pull request #24 - see the app at https://www.maclimateactions.com/.

The entire web application is tested using Cypress - let's validate that the app is sending a crash report to Sentry service using an end-to-end test too. Let's start a placeholder test that opens the app and does nothing.

Once the test runs and stops, open the DevTools inside Cypress. Switch to the application's context using a drop down. A nice trick to throw an unhandled exception in the application, and not in the DevTools it to make it asynchronous - for example by using setTimeout function. You can do setTimeout(() => { throw new Error('test error') }, 1000) and see Sentry handler executing an XHR call.

Note: by default, Sentry uses fetch protocol to send the error object to its service API. Since Cypress does not support stubbing fetch requests yet, we force every client-side library to drop down to XHR using the example from "Stubbing window.fetch" recipe. We simply delete the window.fetch property when every window is created.

Let's confirm this call happens. We need to prepare to intercept the call from the test. Look at the call's details, especially at the method and the destination URL. 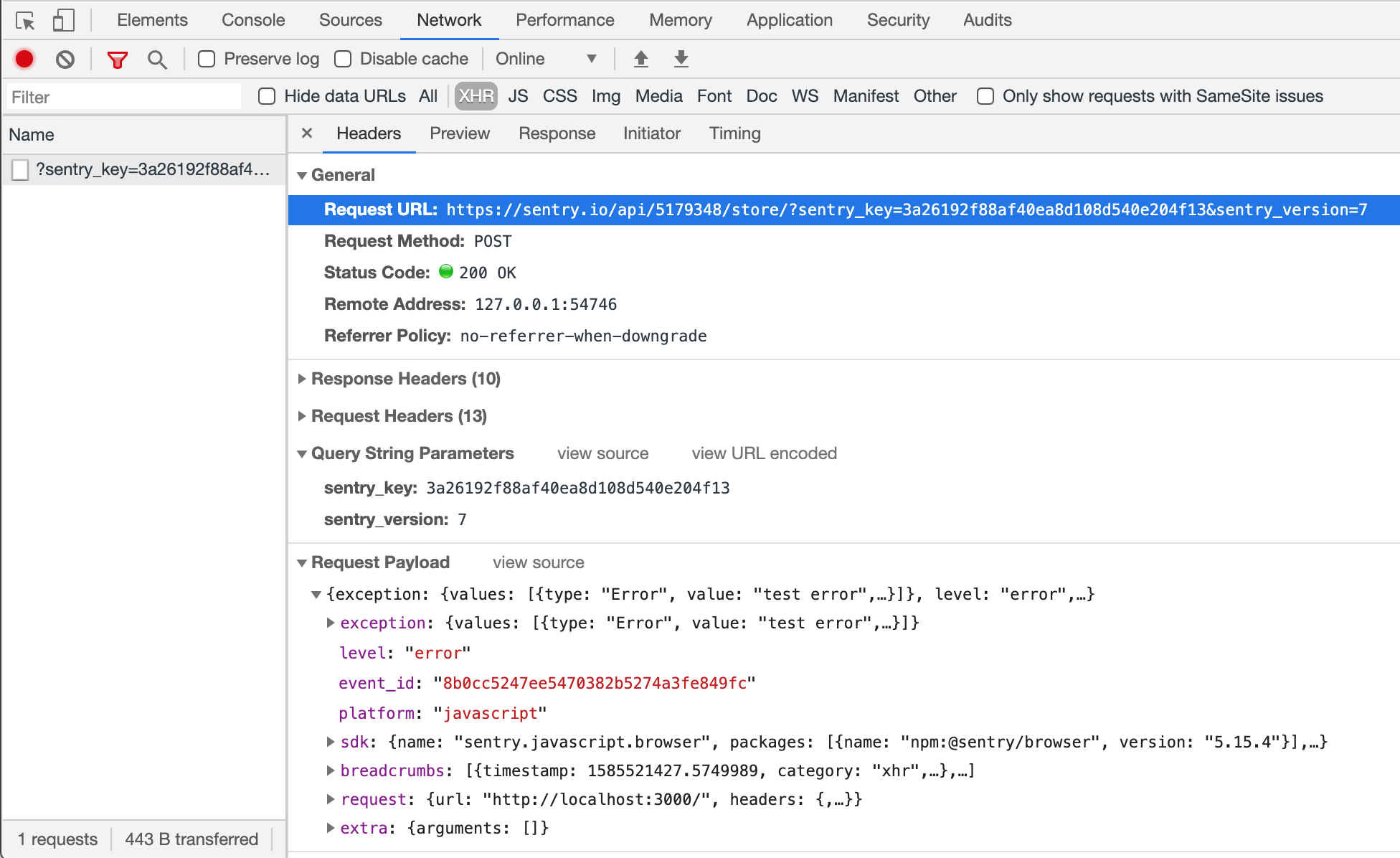 Also look at the response object the Sentry service sends back to the caller. 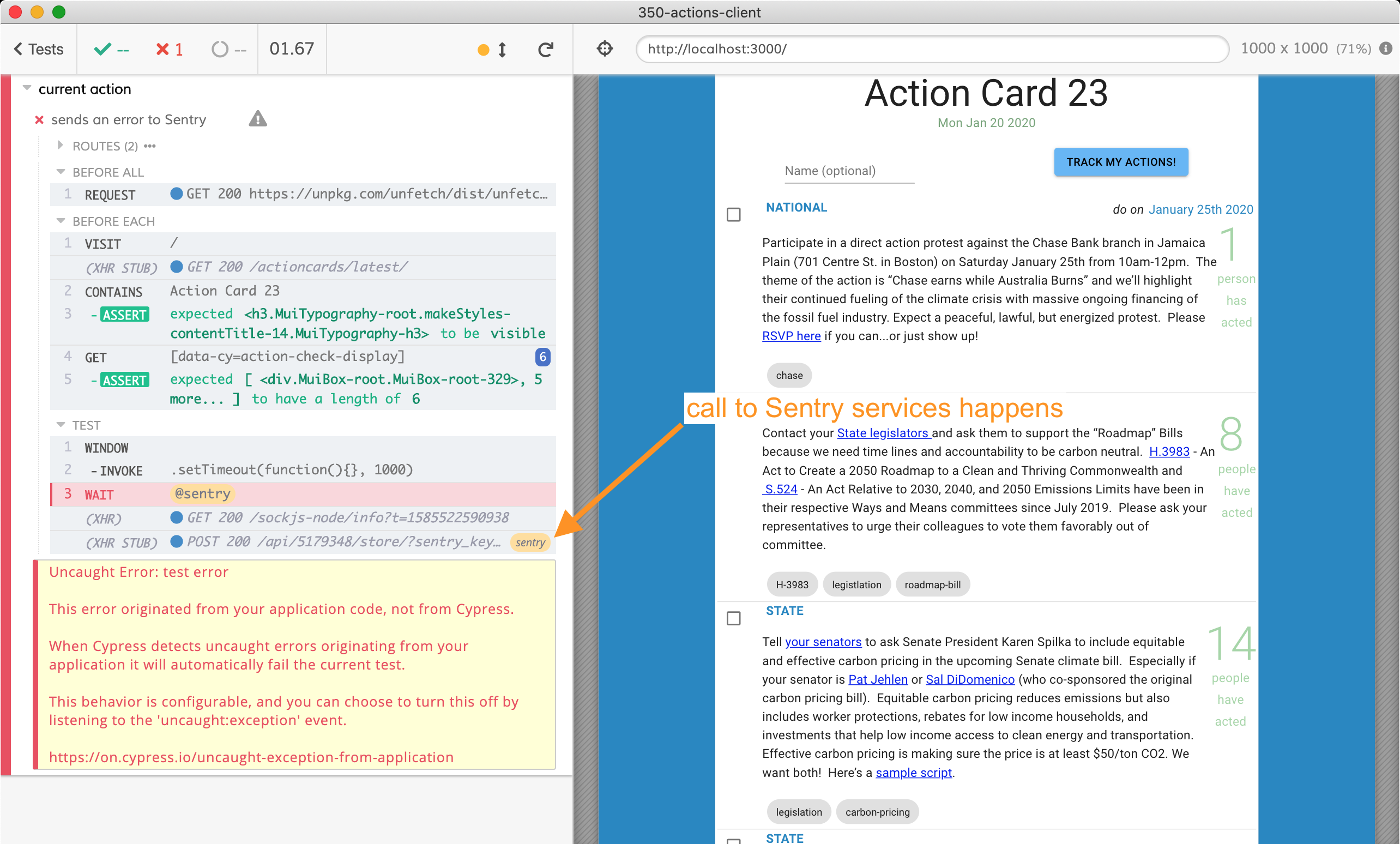 Great, but - a thrown error is still a thrown error, and Cypress treats is as a test failure. Thus we need to handle it as described in the blog post Testing Edge Data Cases with Network Stubbing and App Actions. We will expect uncaught:exception event and will confirm it has our test error message and not some other actual application error.

The test passes. Let's confirm some of the fields the Sentry browser client sends to the service - it should have at least the error message. 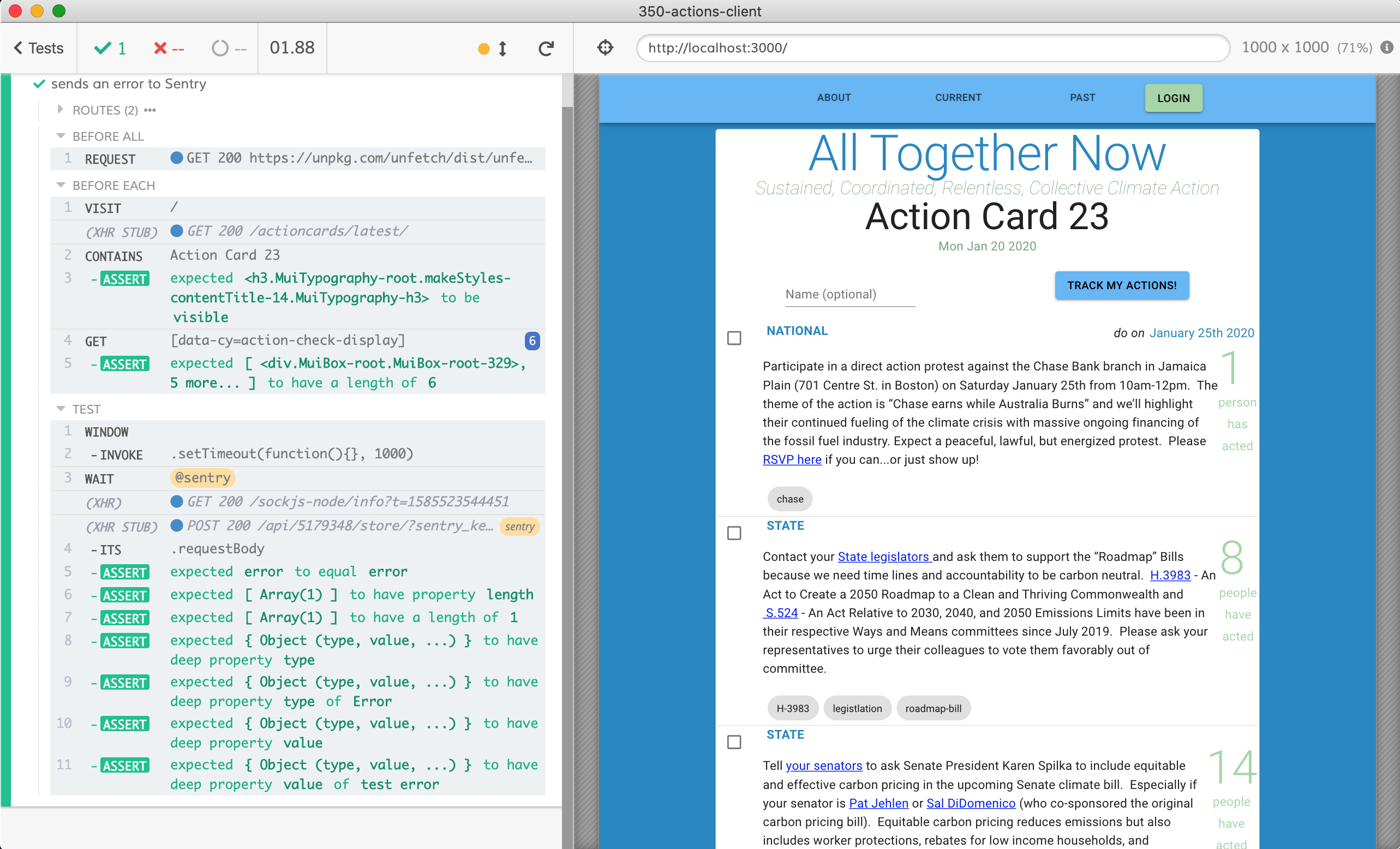 After updating to cy.intercept command, my Sentry test is much simpler: