What are you working on today? What will you work on tomorrow? Next week? Next month?

I would answer these questions with:

At any time during the day, I can only tell you the 2-3 things that I am currently working on, or plan to work in the nearest future. Everything else is up in the air, and is pretty random. Maybe I will work on feature X next week, but more likely I will work on something else. Maybe I will finish X this week, or maybe something more important will interrupt me, and I will get to X next month. Maybe next year. Maybe never - that's ok too.

Am I a bad developer? Am I bad at planning? Why can't I be more like a plumber or a construction worker and estimate the list of tasks for the next two weeks (and forget planning the next two months, that's impossible!) - is planning even possible?

Some people say no, and hell no, estimation is impossible.

Software is not construction

First, let me address the question of estimation in software development versus other trades. If you work on constructing a house, and this is your first construction job - your estimates are probably going to be waaaay off. If this is your 10th or 100th house, your estimates are probably going to be pretty spot on, if there are no unforeseen circumstances, like a weather disaster (you never know with Climate Emergency), or a construction permit delay.

Thus a construction worker with more experience can estimate the upcoming construction job, since it largely similar to the jobs they have already finished.

The software development is different. Yes, some tasks might be repetitive and can be estimated roughly: if you ask me to set up a continuous integration service for a small GitHub repository, I will estimate it at 10 minutes, since I can copy one of my existing Example CI configs and be done.

By the way, writing blog posts to publicly document common development tasks is an excellent way to become more productive yourself and make every developer around you a little more productive too, as I described in Multiple Benefits post.

But if you do the same task again and again, the software development allows you to perform a trick that is impossible or at least is very hard to pull off in the building construction trade: you can automate it or invent a completely new way to skip the task altogether. You can automate large tasks, or even 10 second ones - it is worth it. This is the creative part of the software development, where you literally can build a world-changing system in your garage, or bedroom, or college dorm, or library room. Do you want to make billions? Then do not let your development team do repetitive tasks! Accept that everything they do is potentially something brand new; something no one has ever done; something that hopefully is a super useful invention. And as a second side of this coin, accept that accurate estimates for tasks no one on your team has done before are thus impossible.

If you cannot live with such ambiguity, leave the software development world and join a construction crew. This is good honest work with tangible results and estimates matching reality (aside from very large projects known for their cost overruns).

When we as a team plan a sprint for the next two weeks we naturally consider somewhat larger tasks - features and fixing important bugs. No one wants to spend the spring planning meeting time (which is super expensive: 8 engineers for a 1 hour meeting is a full day of focused work!) discussing how to properly prioritize a two line change to the user documentation:

- I think it is equally important as updating the year in the footer, I say 1 story point

- No, it is slightly more important, but I agree that it is 1 story point

Scheduling such large feature "rocks", as I call them, is like placing them in the two-week sprint "bucket". The sprint planning is done when N rocks are in the bucket. Will we finish them? No one knows, since the size of the rock is like Heisenberg quantum uncertainty - you only know the size of the task once it is finished.

By the way, when we estimate the size of each rock, we often ignore the fact that it depends on who is doing it. The developers are not identical replacements, thus the estimate should depend on the person assigned, yet we often estimate first, then assign! At least I have never seen such sprint-planning feature.

So now every developer grabs a "rock" and works on it. What about all other, smaller stuff that our users might need? A small documentation update to clarify its meaning (like this one or this one)? When do we schedule it and how do we prioritize such tasks? How do we effectively argue that this part of documentation is unclear and would slow down our users?

A software product (an application, a CLI tool, a website) potentially has lots and lots of small things that require tiny fixes, content rewrites, error message improvements, etc. We cannot join such updates into larger "rocks" - then our updates would be infrequent and arbitrary. So when and how do we iterate over software, its documentation, its supporting docs like examples, blog posts, webinars, and workshops? Without addressing user pain points, or reacting to the customer complaints our software will lack polish, will forever be "almost good". We as a company would appear unresponsive and slow-moving. Just like building a wall from large rocks only, such approach naturally breaks down after stacking two or three levels of rocks. New England is full of such walls without mortar; they used to mark property boundary, and there was plenty of rocks strewn across the region after the last Ice Age.

🌎 🔥 Speaking of Ice Age - have you considered how the year 2020 is going to be the coldest year in the foreseeable future due to Climate Emergency? Yup, our planet is heating up, and can get into a super scary runaway hothouse scenario unless we stop using all fossil fuels soon. 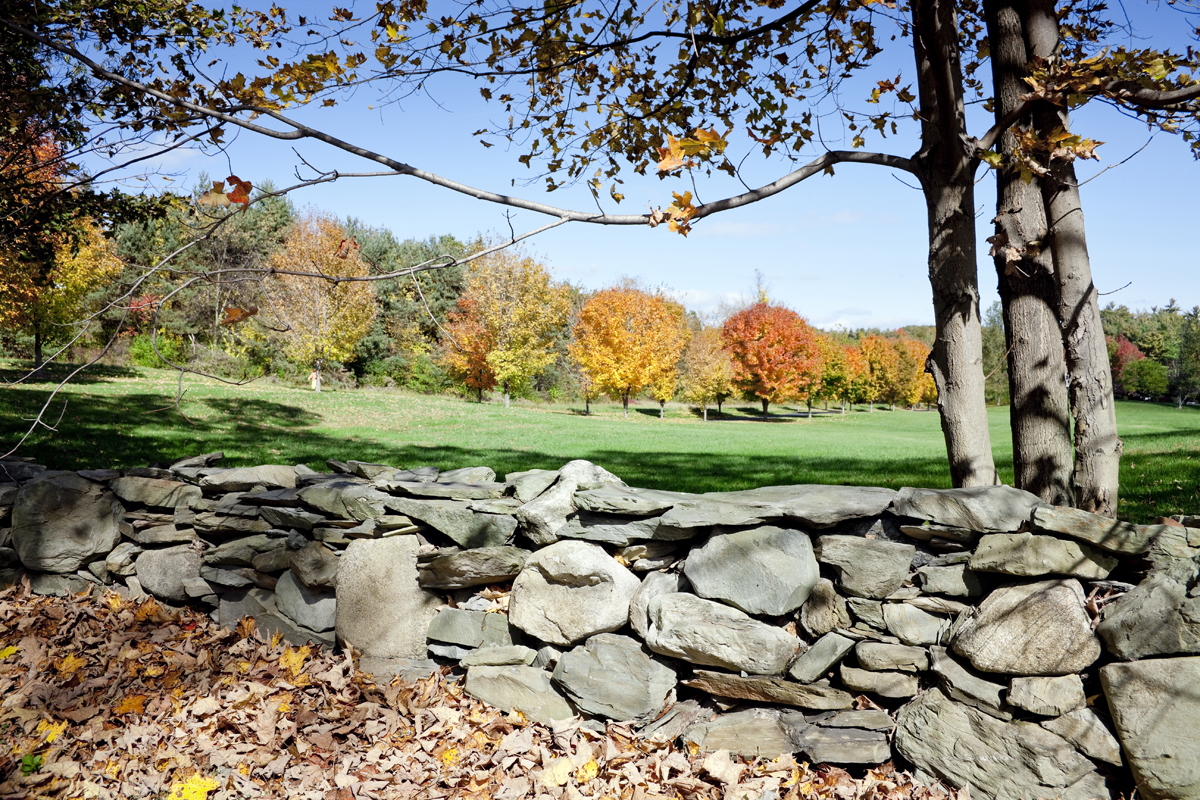 A natural solution to prioritizing and scheduling small tasks (I call them "stones") is to let the developers themselves find a good time to fit them into the workday. A small documentation update might take 10 minutes - just enough to fill a time gap between other tasks or meetings. Or as something to code during a boring sprint-planning meeting!

After all - the developers working on project X might be the right people to judge the difficulty of every task, their relative priorities, and how to effectively complete as many as possible. I do not say "chaos, do whatever you want". I am saying - try to imitate a mason laying a wall who uses rocks and stones of different sizes depending on the current area in order to fill it efficiently without gaps. If someone can fill the day fully with tasks of various sizes that matter to the users - that's enough for me. 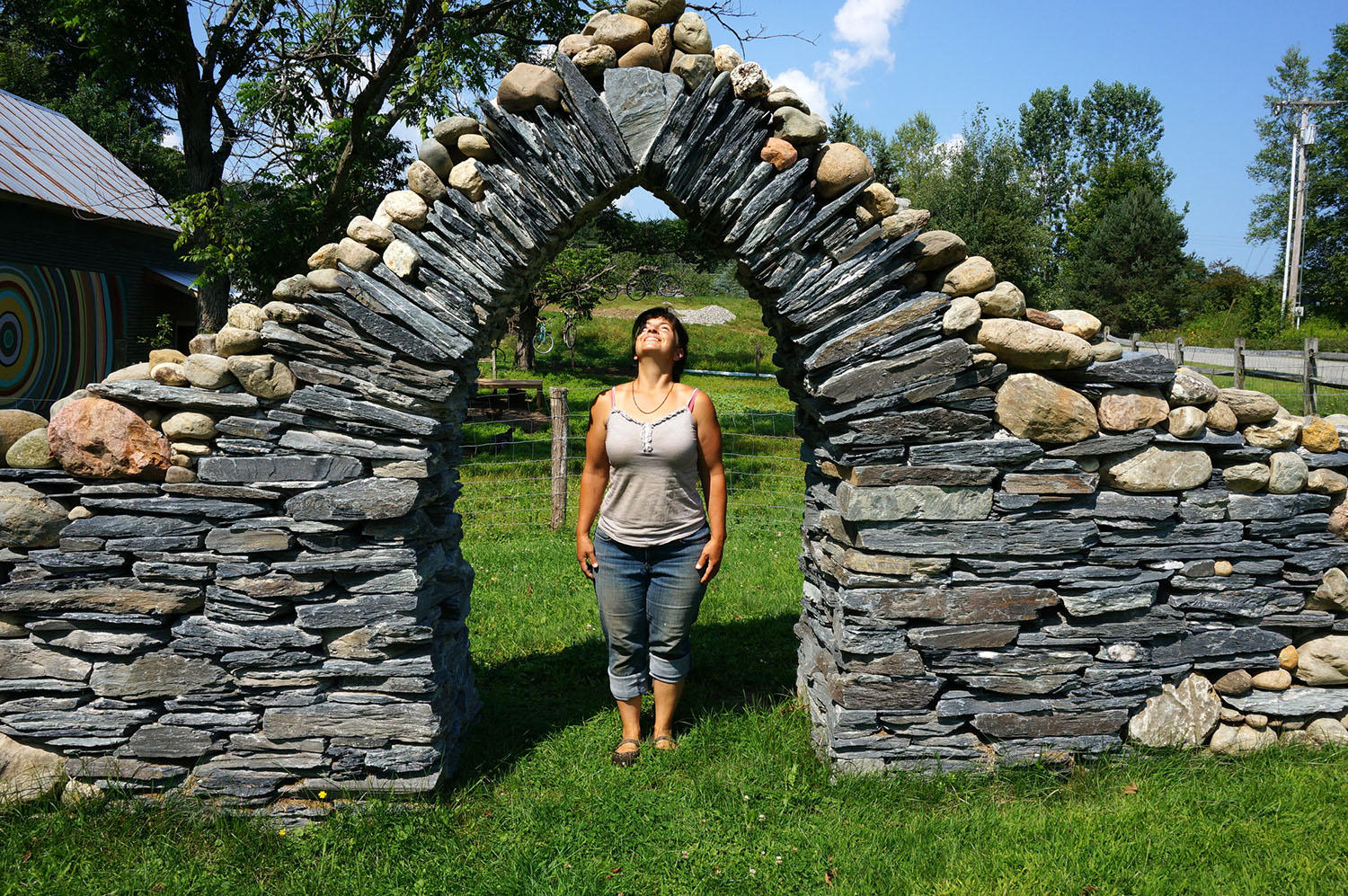 We put such emphasis on sprint planning, asking about rough or accurate time estimates, trying to fill every developer's bucket. Letting developers fill their days themselves:

So what do we do instead of the sprint planning meeting? We celebrate what we have actually accomplished. Literally. We look back at all the issues closed during the sprint, all pull requests, all blog posts, all public presentations - anything that we have done, and we celebrate them, and we discuss:

And the most important, ultimate question:

We have completed a feature, what do we need to do to release it with the biggest impact?

We have fixed a bug, how do we deliver the update to the users blocked by the bug?

We have finished a part of a larger project, what parts have we just unblocked?

We have created a useful internal tool to perform utility task X, how can we spread the word to get more programming street cred in the open source community?

We have made an example explaining our software, or conducted a webinar, or recorded a conference talk. Where are all the places in our documentation we should include it?

I often see "what is your definition of 'done'?" type of discussions; yet with sprint planning rush, we often skip the actual "useful to the users" part of 'done', instead preferring to be done when the code gets merged and the JIRA story moves to the "Done" column. Switching the focus to the celebration puts the focus back on the user; a complete story is a trigger for an avalanche of more stories to be put back into the pile.

Let me try answering common questions I hear when I object to the typical Agile sprint-planning process. If you have more questions, please let me know, I am on Twitter @bahmutov.