Note: cy.route2 has been renamed to cy.intercept and became official in Cypress v6.0.0 release.

Cypress has two commands for controlling the network during tests: cy.route and newer cy.route2. This blog post explains the difference.

While the above approach works, it is very limited. For example, you could not spy or stub HTTP calls made using fetch function. If your application was using fetch and you wanted to observe or control those network calls from your tests you had to either delete window.fetch and force your application to use a polyfill built on top of XMLHttpRequest, or you could stub the window.fetch method using cy.stub via Sinon library.

For a short workaround we have implemented automatic fetch polyfill via experimentalFetchPolyfill option, but this was still not enough. We really wanted to allow the test code to observe, stub, and modify any HTTP request.

Enter route2 - a universal HTTP network control function. It fundamentally is a different beast from route. It no longer works in the browser - instead the network interception and control happen in the network proxy module outside of the browser. When Cypress launches a browser, it points the browser back at Cypress, so that the browser "thinks" Cypress is its network proxy. You can see this command line switch when running Chrome for example by going to the chrome://version tab 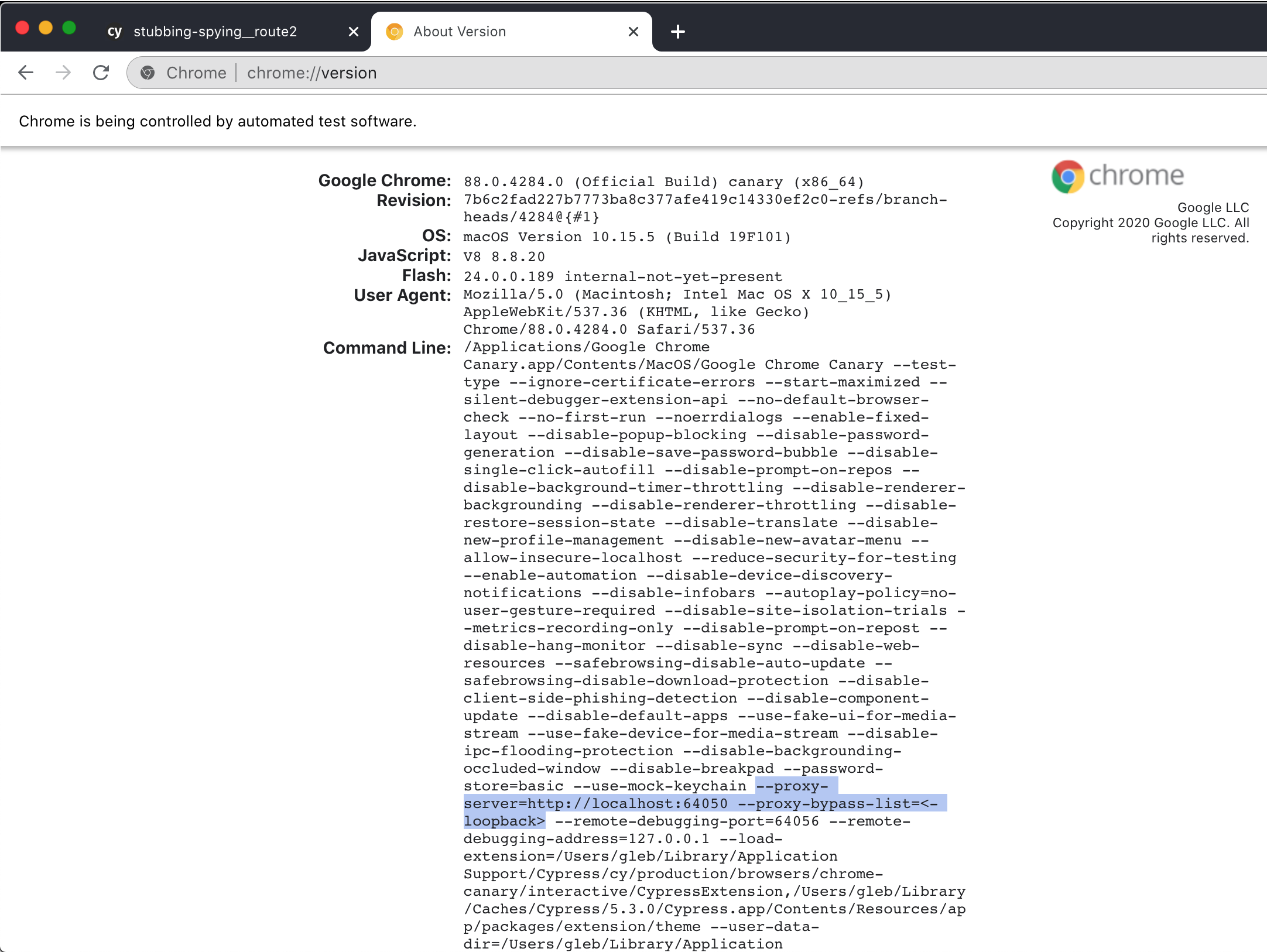 If Cypress is the proxy for the application, then all HTTP traffic from the application is observable: the page loaded, the static resources like CSS, JavaScript, and images, and any Ajax request, no matter how it is made by the app. You can observe these requests flowing through the proxy module by running Cypress with an environment variable DEBUG set

The above terminal log shows the application request the document itself, then requesting styles.css and app.js resources. These requests all go through the Cypress network proxy module where they can be observed (spied upon), modified (both outgoing and incoming), and stubbed (where the proxy responds with mock data). 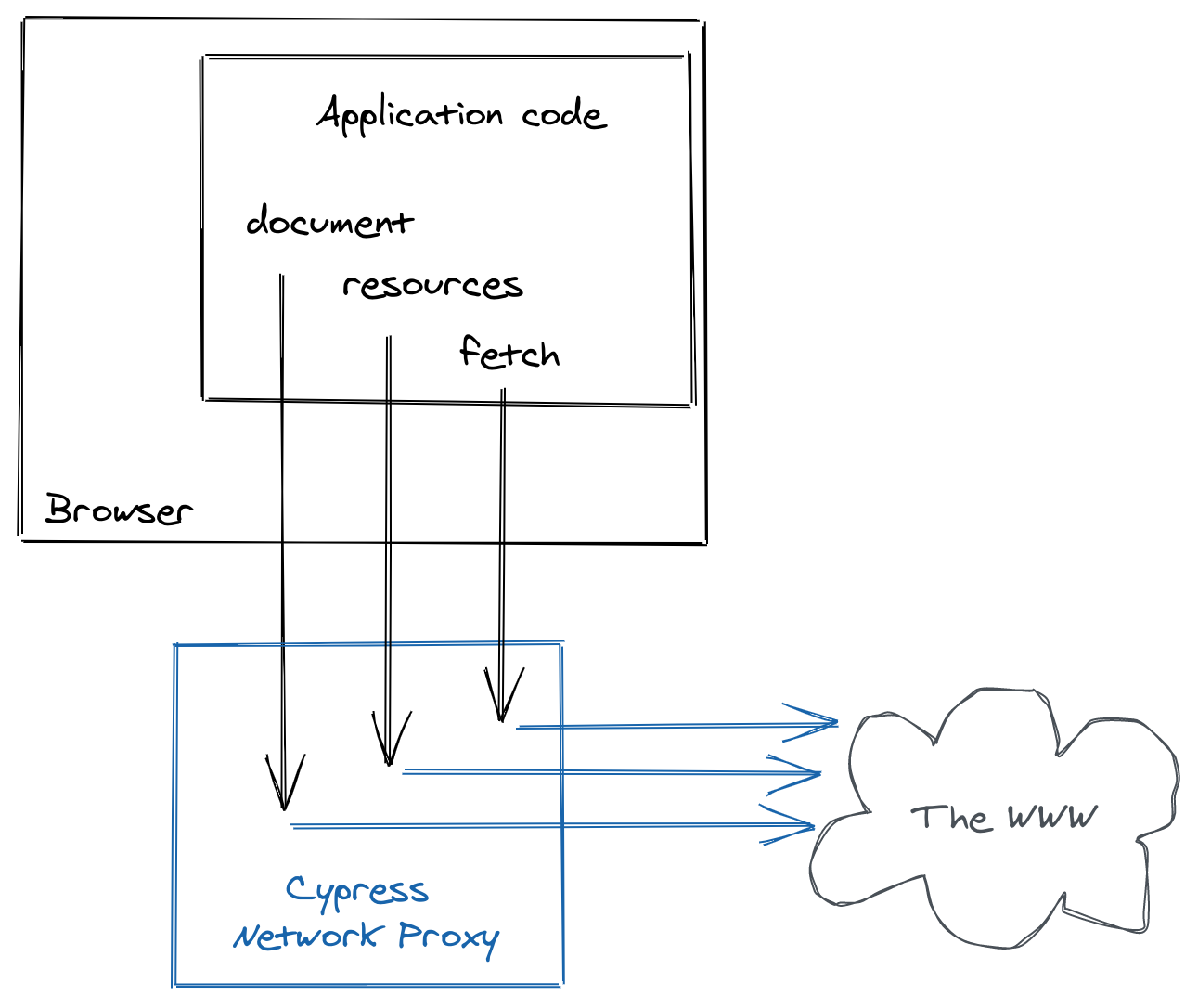 🗃 Find the code examples from this post in the "cy.route2" recipe in the cypress-example-recipes

We can modify any request, for example we might want to insert some CSS into the styles.css during a test

The above code modifies the response from the server by appending an extra CSS rule. 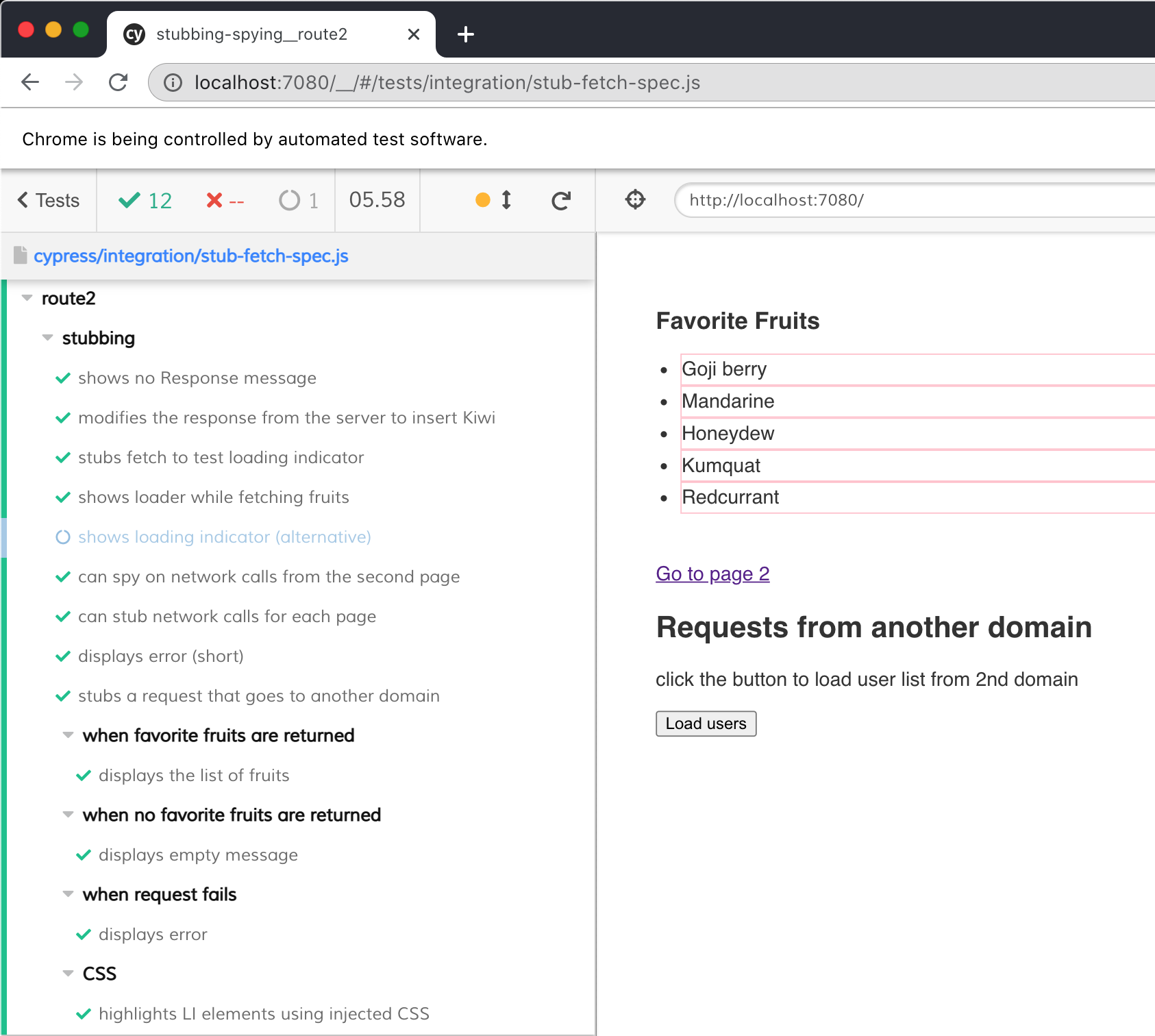 Similarly, it is simple to stub fetch calls and avoid going to the server completely.

Even better is to spy on the server's response to make sure both the server responds correctly and the application renders the list the right way. 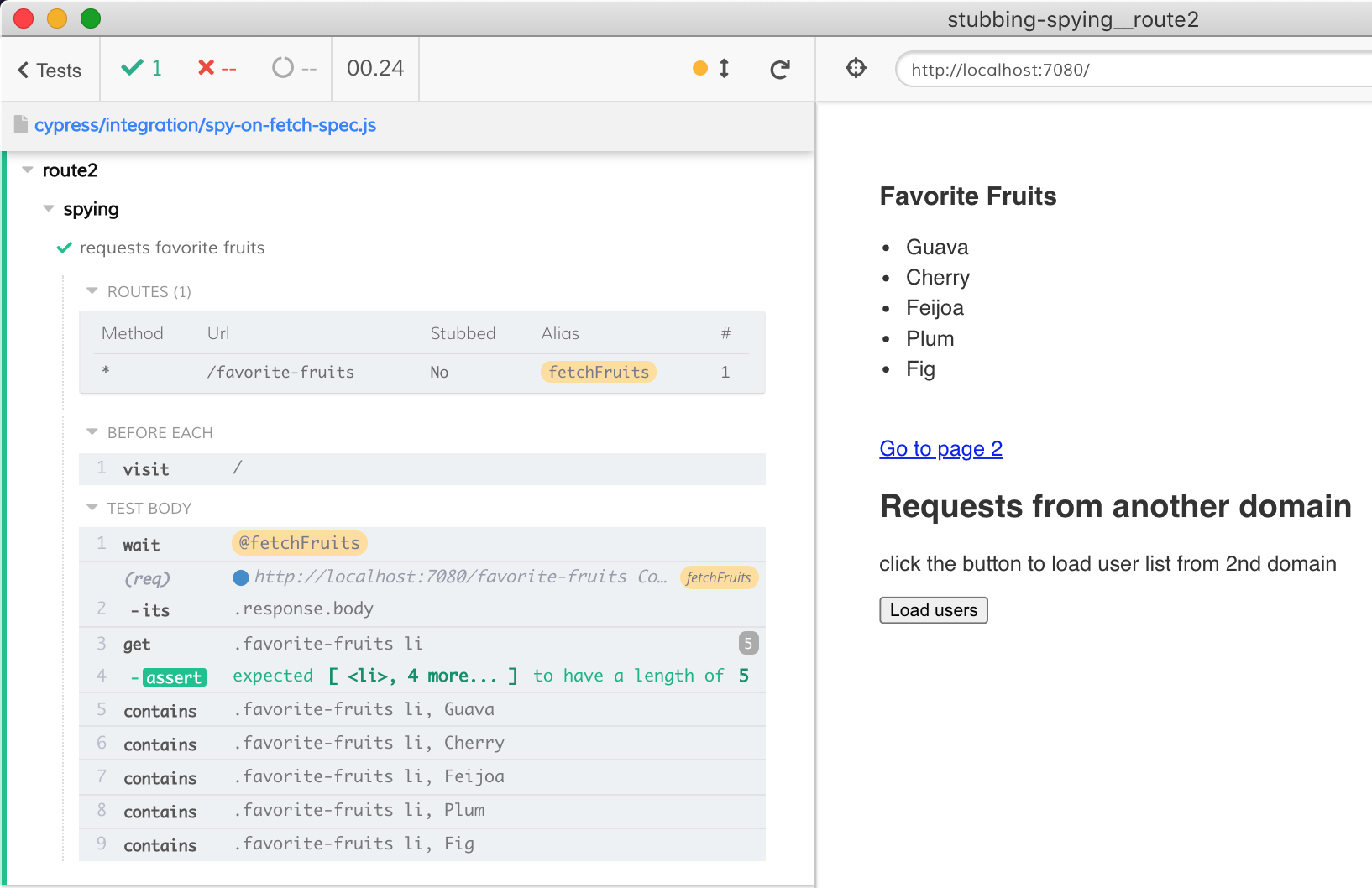 Because we can inspect the request before deciding how to proceed, we can deal with the application's network requests in any way we want. For example, we can create a flexible way to spy on or stub GraphQL requests. Something like this is possible:

You can even rewrite the page itself (using plain text operations, or via bundled Cypress.$)

👏 cy.route2 would not become a reality without hard work by Zach Bloomquist who does not have time to tweet much, but lots of time to code.