After the Cypress spec completes every test has one of the 4 statuses: passing, failing, pending, or skipped. Let's look into each status.

Passing tests are the best, aren't they? The have successfully completed all their commands, never failing any assertions. Our smoke test below is a passing test: 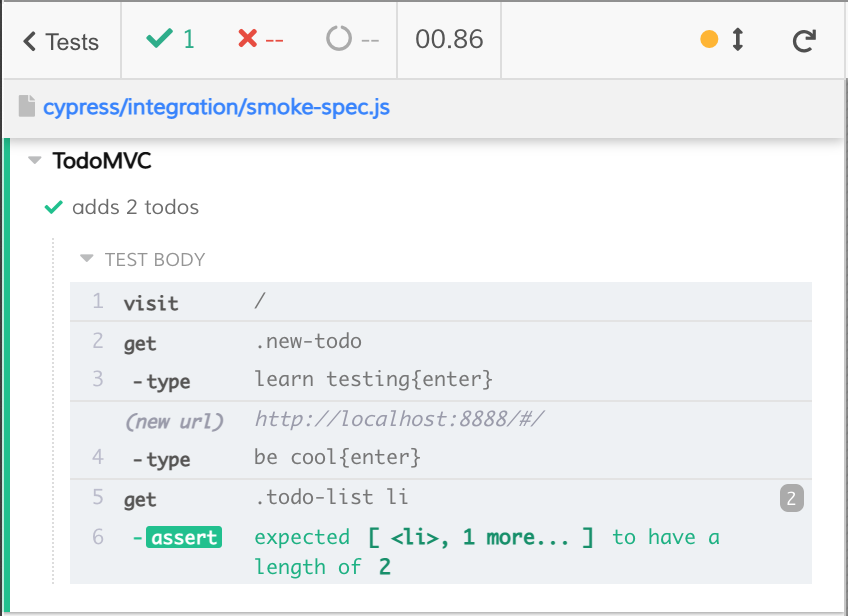 Note that a test can pass after several test retries. In that case the Command Log shows the attempts, but ultimately the entire test has finished successfully.

Good news - the failing test has found a problem. Could be much worse - it could be a user hitting this bug. 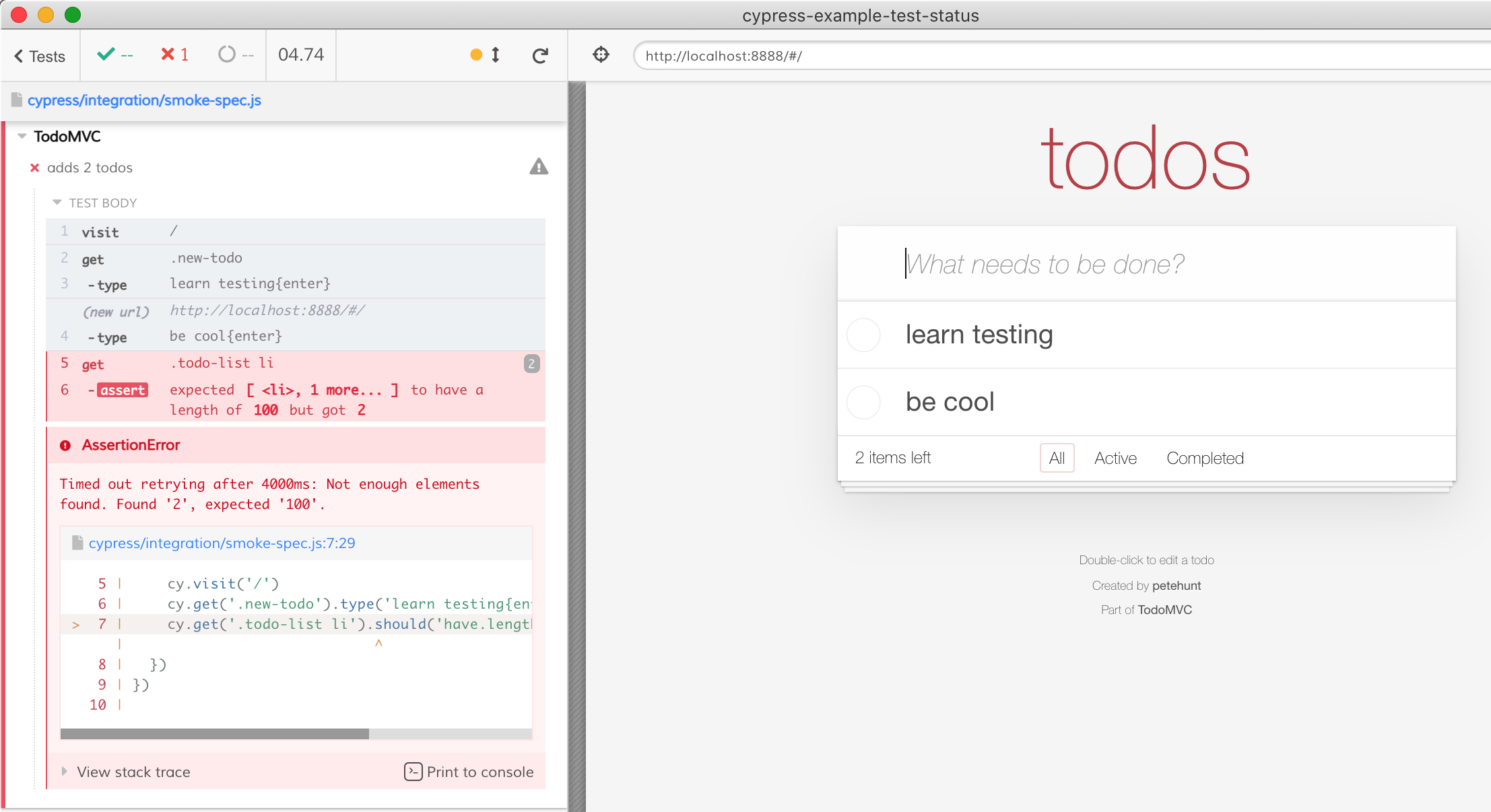 After the test fails, use the screenshot and the video to find the problem and fix it.

The placeholder tests we have written were marked pending. They did not execute because the user did not want them to run - the user did not write them. Slightly confusingly, if the user does not want an existing test to run, they can use the it.skip or xit syntax to skip the test or a block of tests. Cypress marks all these tests pending.

All 3 tests above are marked pending when Cypress finishes running the spec file.

So remember - if you (the test writer) knowingly skip a test using one of the above three ways, Cypress counts it as a pending test. The result will be known in the future when you enable the test again.

The status and the name "pending" comes from Mocha.js test engine that Cypress uses internally. See the pending tests section of the Mocha's documentation captured below.

The last test status is for tests that the user meant to run, but these tests were skipped due to some run-time error. For example, imagine a group of tests sharing the same beforeEach hook. The hook executes the common commands. For example, we could visit the page in the beforeEach hook because every test needs to start at the page.

If the beforeEach hook completes and both tests finish, two tests are passing.

But what happens if a command inside the beforeEach hook fails? For example, let's pretend we want to visit a non-existent page /hmm instead of the /. If we change our beforeEach to fail: 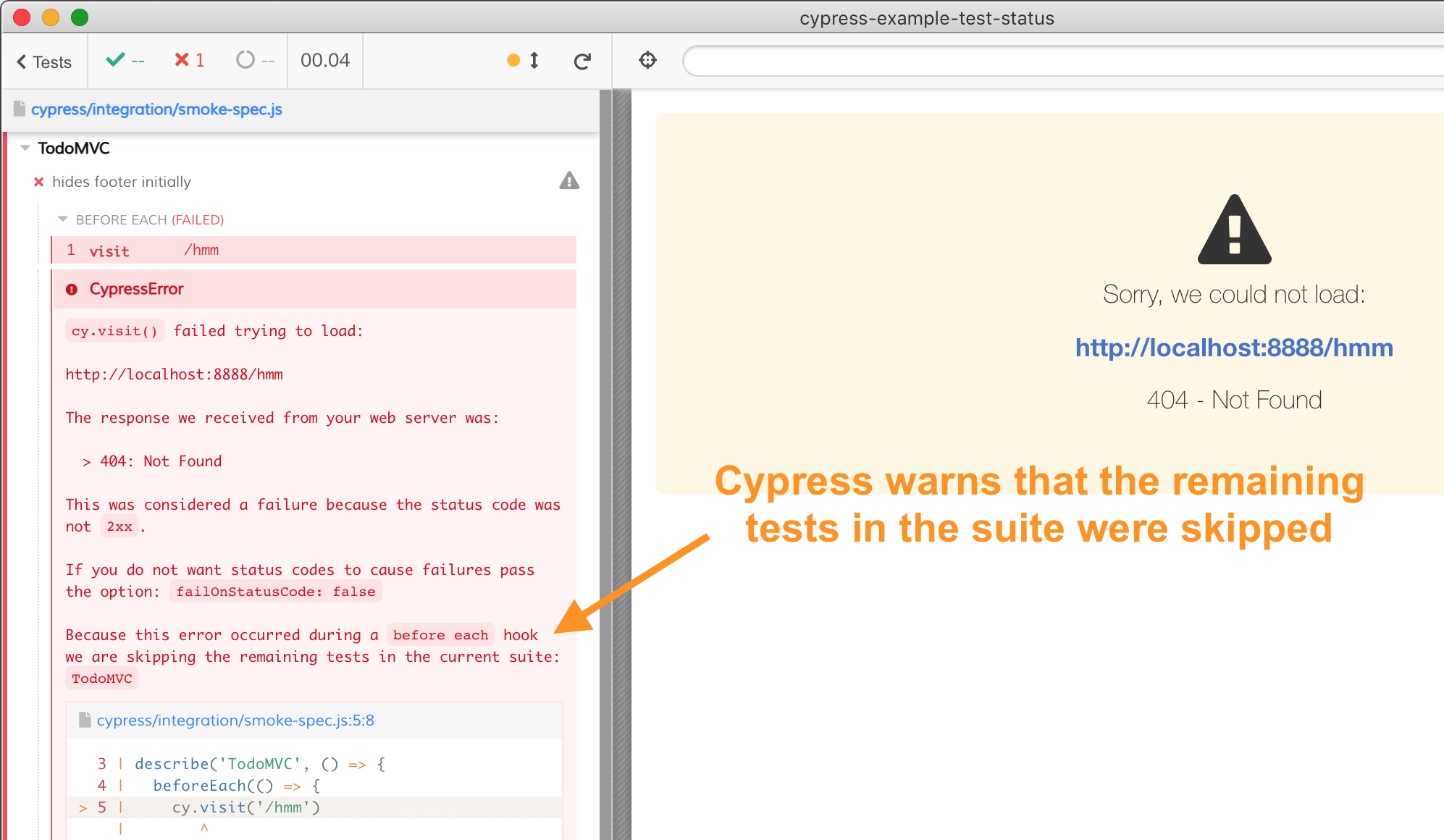 If we collapse the test commands, we can see the empty box marking the skipped test "adds 2 todos".

The tests that were meant to be executed, but were skipped due to some run-time problem are marked "skipped" by Cypress.

The same situation happens if instead of the beforeEach hook, the before hook fails.

The Cypress Test Runner fails the first test (the one that really executes the before hook), and skips the rest of the scheduled tests. 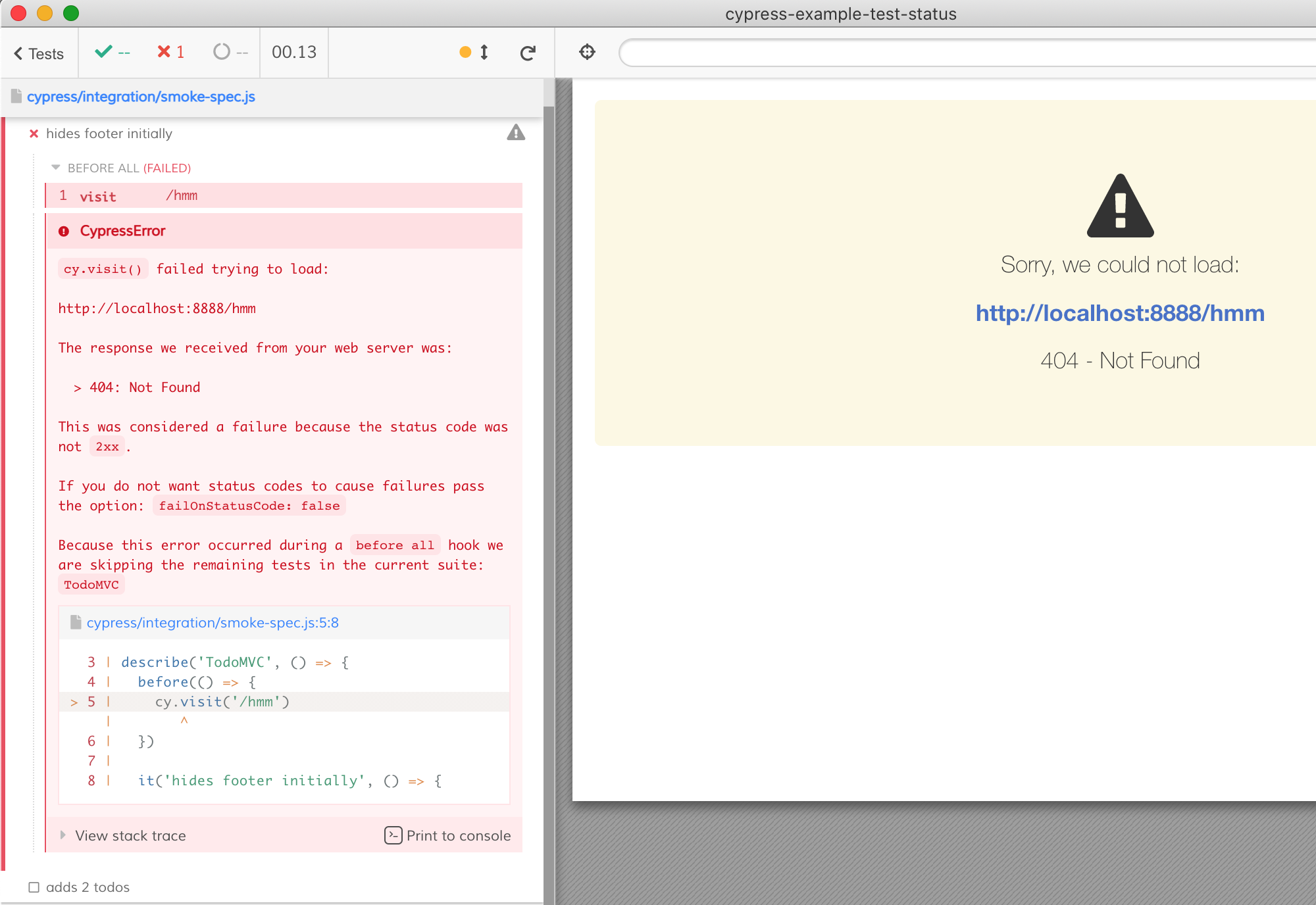 I have described in the blog post Writing Tests Progress how to start testing the project by writing a lot of pending tests and then fill the tests with actual implementations.