Many of us are familiar with testing pyramid - a vision of all tests arranged by their relative number. For example, the Google test blog post Just Say No to More End-to-End Tests shows the following pyramid 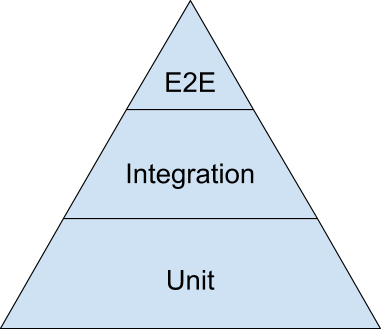 The large tests are so hard to write, that even Google blog post above argues that very few of them should ever be written! To me this seems to go against the common sense: the end to end tests are exercising your system just like a user would. Fewer runs through the system almost always means that certain bugs will slip in and affect the actual users.

On the other hand, do the unit tests effectively catch the edge cases in the production system? Maybe. Maybe not. I would argue that the edge cases that the real system sees have more to do with error handling in the total system, and how it responds to invalid data, rather than how a particular small piece of code acts.

This leads to my personal opinion that the user would benefit from more end to end tests and fewer unit tests (because they take up development time).

The common testing pyramid has wide base and "pointy" top. What if we could change the shape of the pyramid to better align the amount of testing with the user's goals?

What can we do to change the shape of the pyramid?

Well, we have done several things to change it.

as easily as unit tests.

With these changes, here is our testing trapezoid 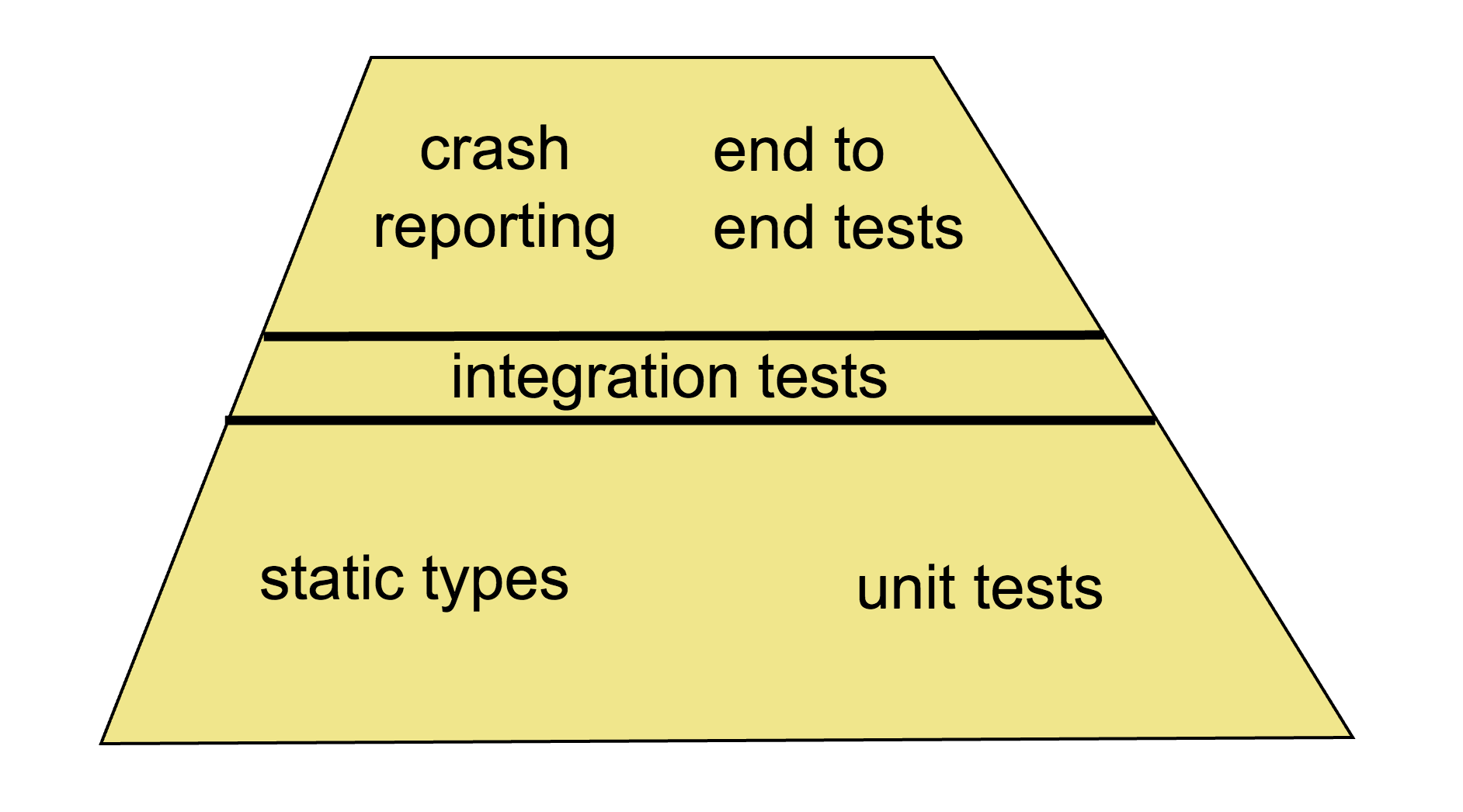 Notice that we also squeezed the middle integration test layer to be pretty thin - with quick and cheap immutable deploys we can just go with all e2e tests instead.

I will be happy to discuss our testing approach and philosophy, just drop me an email or tweet at @bahmutov