Let's say you have some JavaScript code you want to share among several projects, but you don't want to create a private NPM package yet. Maybe you are just experimenting, and setting things up takes effort. Why bother if it might not work out? Here is how you can quickly push code to a private GitHub repository yet make it available to other projects.

I made a private repository bahmutov/private-module-example on GitHub. It contains a small JavaScript export just for show.

I can load this module locally from the project's root folder

The package.json sets the private: true to avoid accidentally publishing this package to the NPM registry.

I pushed the code to the remote origin

Great, I have 1 release in my private GitHub repository.

I have created another private GitHub repository bahmutov/private-module-example-user - this repo will install the code from the first repository without going to NPM.

My package.json reflects the installed dependency

Great, but does it work? Let's open Node and load the dependency

I will set up continuous integration (CI) server to run "tests" on CircleCI. Here is my .circleci/config.yml file

And my test script will just load the private-module-example module. If the module has not been installed, the npm test would crash and burn.

Ok, push code to CircleCI and ... see if fail

When Circle connects the new project to the GitHub repository it created an SSH key restricted to that repository. Thus the same key cannot be used to clone another private repository. We need to change this. Go to the project's Settings / Checkout SSH keys and click the button twice.

Now the build should be able to access clone NPM package from the private repository into this project. 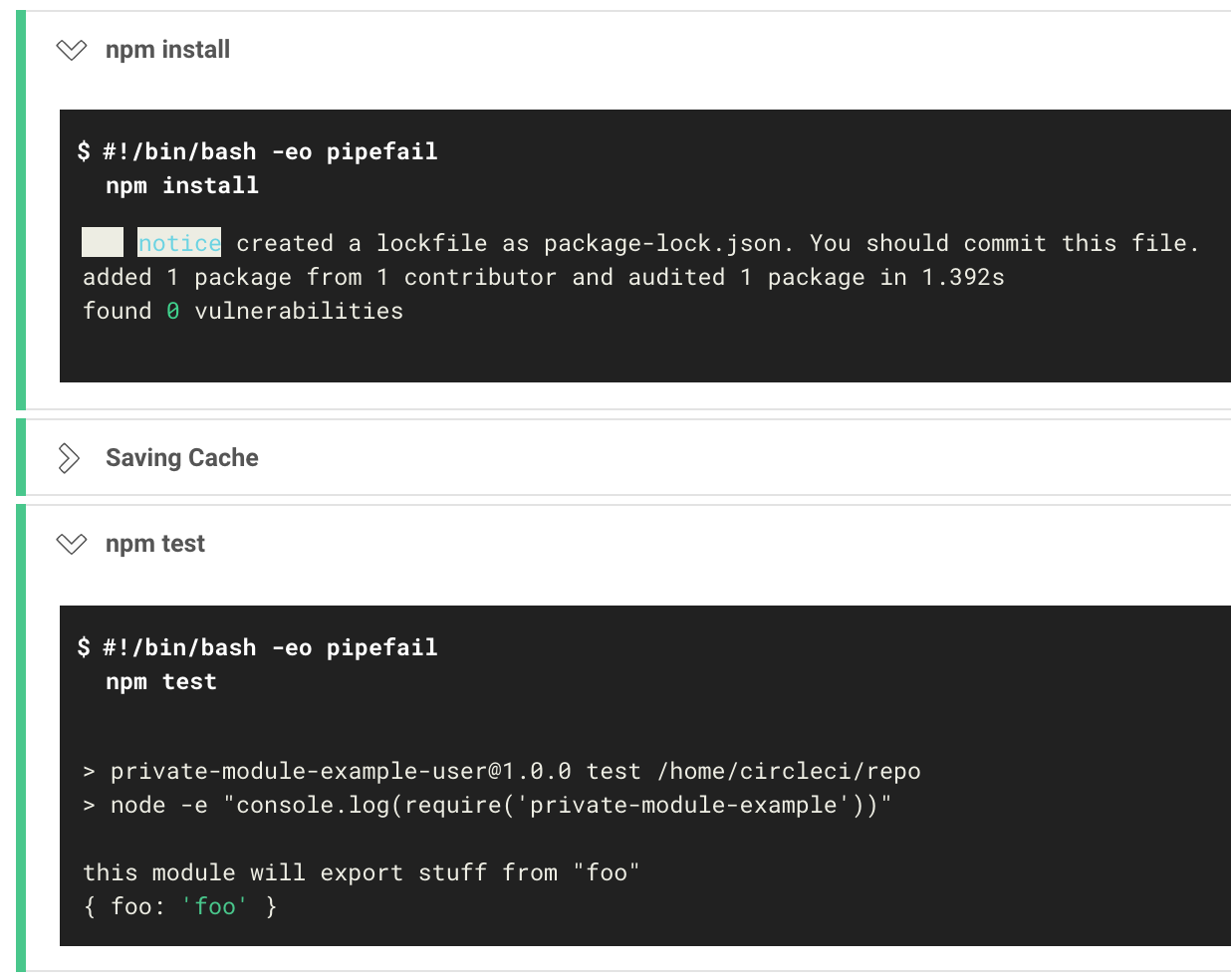 Now you can iterate on your first module, and when there are new features or fixes, increment package.json version (I suggest using next-ver to compute the next version based on commit messages), tag the commit and push the code and tag to GitHub. Then you can point the user project at the new tag, and you are good to go. This avoids private NPM registry, but of course this adds complexity to the CI with the user checkout key. On NPM you would need to use NPM_TOKEN to authenticate and install your own private modules (and of course pay for private scope).

I use same approach if I need to fix 3rd party NPM module, read Fixing the Internet one NPM package at a time