NPM packages fall behind in their dependencies. There is a constant ticking of new versions being published; unless a module has 0 dependencies, it will end up out of date pretty quickly.

Being behind has downsides:

There are solutions that automate dependency upgrades. For example, these services integrate with CI and GitHub and open pull requests when new versions of dependencies are published.

The above services all work like an avalanche - a new dependency version triggers an update, leading to multiple pull requests if you have several modules and they all have dependencies. I even had to turn off Greenkeeper.io on my projects - the high number of pull requests for every single patch update was polluting my GitHub feed.

Other services automate pull requests, but they all require you to run a service that watches dependencies and integrates with GitHub and CI pull request mechanism. I thought that was too much hassle, especially when my most commonly used continuous integration service TravisCI introduced cron jobs. Here is the solution I came up with that does not require any external setup and seems to work pretty well for me.

Answer a couple of questions and it sets Travis CI with NPM_TOKEN (to authenticate with NPM registry) and GH_TOKEN (to publish tag and release notes to GitHub). Takes less than 30 seconds.

The shell script uses next-update to test new versions of dependencies. There are lots of options to control which modules are allowed to be upgraded, which modules are black listed, the test command, etc. You can allow patches and features only (the default), and in the future even test updates that were successful for other people.

That is it. From now on, Travis periodically tests new versions, and if the tests still pass (you must have tests, ok?) the changed package.json is committed and pushed to GitHub. We already have GH_TOKEN setup by the semantic-release, so zero extra setup is needed. The Travis log shows a steady stream of updates. 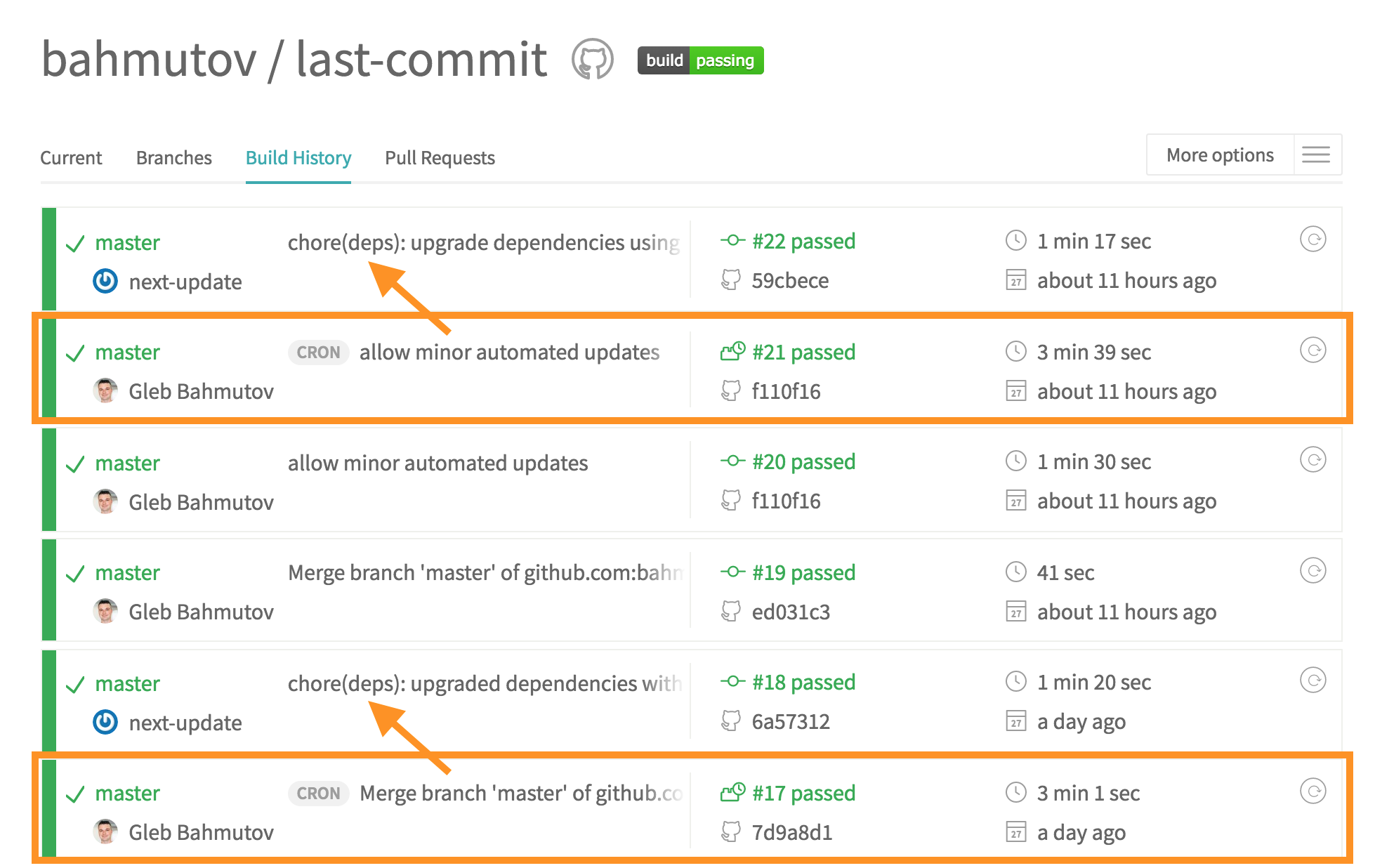 Each week for example, a successful cron job pushes update package.json which triggers a regular build. Slow and steady wins the race.

Just one more thing - I add a badge to README to remind me that this project stays up to date.