In our example application we have two spec files and a support file.

The spec files have two tests each. 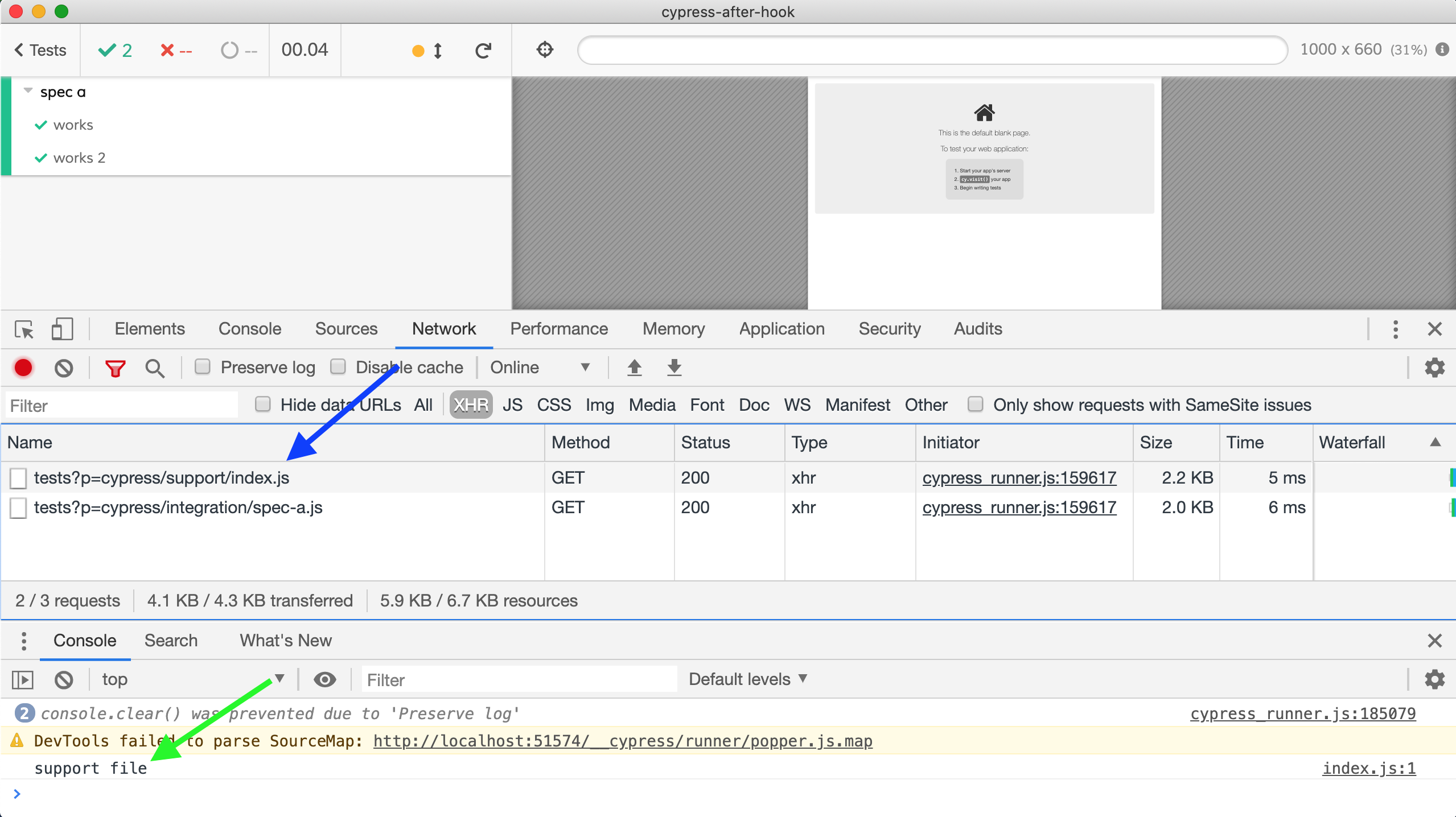 The two scripts (support file and the spec file) are requested by the test runner via XHR calls and then evaluated. 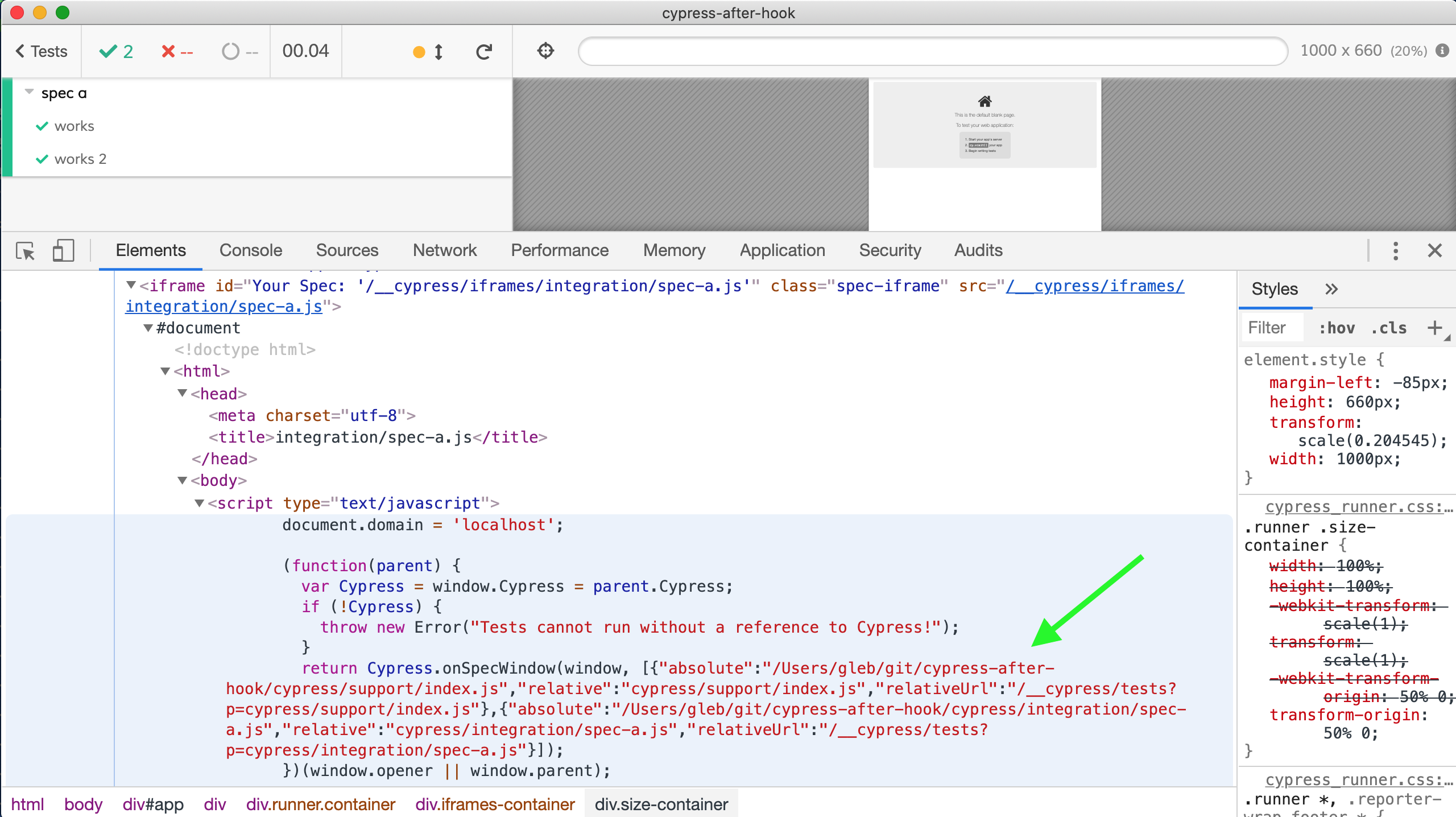 The above download mechanism is just an implementation detail. In effect it means the test runner is evaluating scripts in this order:

We can see that both files were bundled using Cypress' built-in preprocessor.

Which means our tests are really running the following concatenated script:

The test spec-a.js runs and the DevTools console prints the expected output

This makes sense - the support file comes first, thus its hook is executed before the spec file's hook. Similarly, if we add a hook to spec-b.js it will execute in the same order

Before hooks when running all specs

Great, but what happens when the user selects "Run all specs" button?

We see 4 tests finish in the Test Runner, and in the DevTools Network tab we can see the support file plus each spec file requested by the test runner.

The scripts are then evaluated one after another, which is equivalent to running the following test code

The console prints the messages we expect

Good, no surprises here, but notice that all hooks executed before all tests. This is noticeable when adding a log message in each test.

If you assume that spec-b: before hook runs AFTER tests from spec-a.js but before tests in spec-b.js, you might get a wrong result here.

Let's switch from before to beforeEach hook.

When we run a single spec, the DevTools show the following messages.

Spec-b runs the same way by itself.

Now let's run all specs together. Just like before, this will be equivalent to executing this concatenated script.

Do you see the problem? Look at the printed console messages. 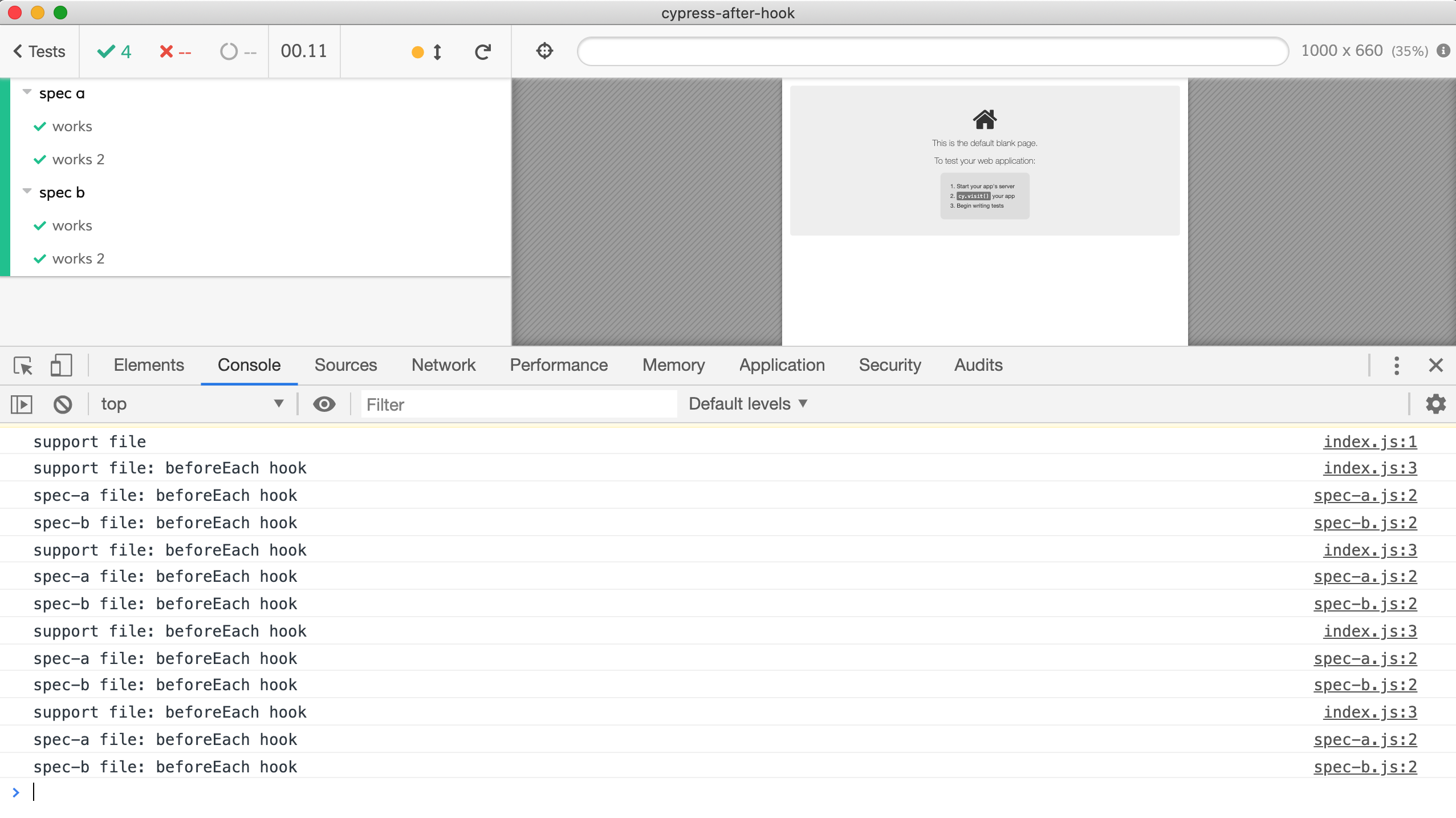 Every hook has run for every test. We probably did not mean for the beforeEach hook from spec-b.js to run before every test from spec-a.js, right? But because they were all in the same script at the root level, all three hooks are executed for every test.

When we place the hooks into a suite like above, they apply correctly to the tests inside their suite.