How important is automating one's workflow? I say it is extremely important! Kent C. Dodds in his An Argument for Automation says to "spend 1 hour to automate a 10 second task". While this might seem extreme, I subscribe to a similar idea

For example, setting up a new NPM module with all bells and whistles is simple yet mindless list of tasks. I even compiled it into a checklist to go through it like a pilot

This is not just my problem - even people very involved with Node itself do not have an official project starter than everyone is happy with. This Twitter thread is a good example 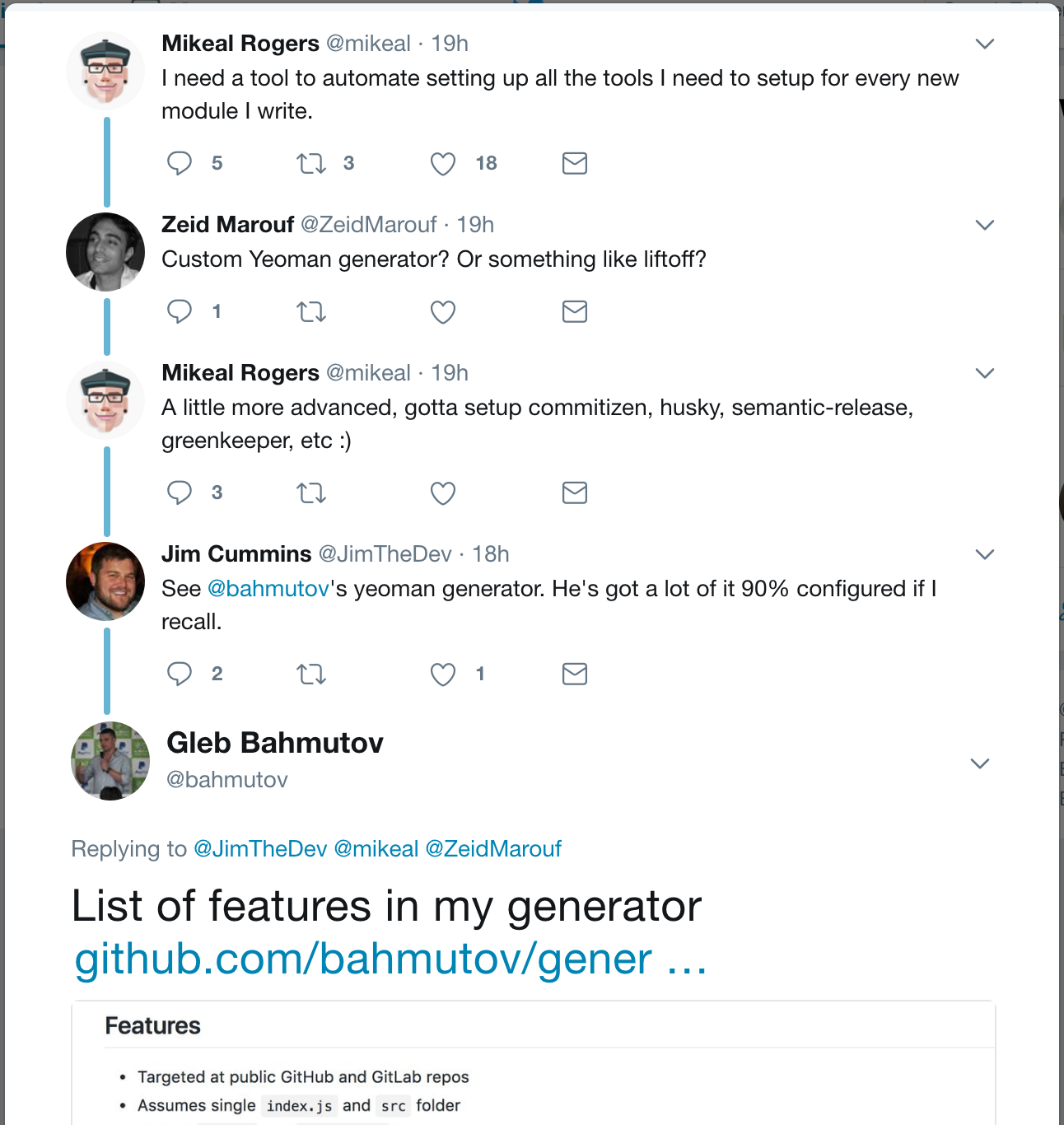 Last year, I finally wrote a personal Yeoman generator called generator-node-bahmutov to implement most, if not all items on the npm-module-checklist. Whenever I start a new project, I can set up a very solid NPM module in 30 seconds.

First, create a new GitHub repository and a local folder. Then set the remote origin URL. My generator will form all urls based on the remote repo address so this is better be done first.

I think my generator has good default features and should work for most Node people right out of the box. This is why the initial scaffolding asks you only 3 (!) questions to confirm module's name, description and keywords. The rest is all setup silently.

The optional second command is yo node-bahmutov:release - I use semantic-release for ALL my modules to avoid even thinking about it. The process is customized a little via my plugin modules.

Was it worth writing this generator? I did invest a few days of work, and keep spending time on small modifications, like adding prettier. I believe I already saved days setting up my projects after that and all my NPM modules lately are of higher quality. I now spend literally no overhead on factoring out a piece of code into a separate module.