I love using functional programming where possible, and have written several blog posts with examples. These examples make perfect interview questions. They are small, easy to state, and allow the candidate to show real-world code, rather than an abstract design. In this blog post I would like to show that functional questions also have two properties that make them a better judge of a candidate.

The next example is my typical interview question. I will use it to demonstrate how one can solve the problem step by step, then write same solution using JavaScript. I will also show how it can be developed by writing unit tests first.

This interview question is taken from The Madness of King JavaScript.

step 1: find the problem with this code

The question is pretty simple: why do we get different results when calling parseFloat vs parseInt?

After finding the API mismatch, I will ask the candidate to fix this particular array iteration. If the candidate is working on the solution using a laptop, and starts by writing a unit test like below, I consider the candidate a good find

A typical quick solution for a particular iteration is

Even when working on white board, I would ask the candidate to verify the solution, and give him/her a laptop. I expect the candidate to type this code into Chrome's DevTools' console, or open Node REPL and try running the code.

parseInt expects two arguments, a string and a radix. We can provide value for radix using partial application from the right, or by writing a simple adaptor that only passes first argument to parseInt. I will write the following code to give the candidate as a programming goal: implement unary function to be used like this

I expect the candidate to approach this problem by:

Below are my steps to implementing unary

English: unary returns another function that only expects a single argument

A great way to conduct the interview using English - test - code iteration is by using TDDBin. You can write both production and unit test code in the same editor and it keeps running Jasmine. The above example would look like this 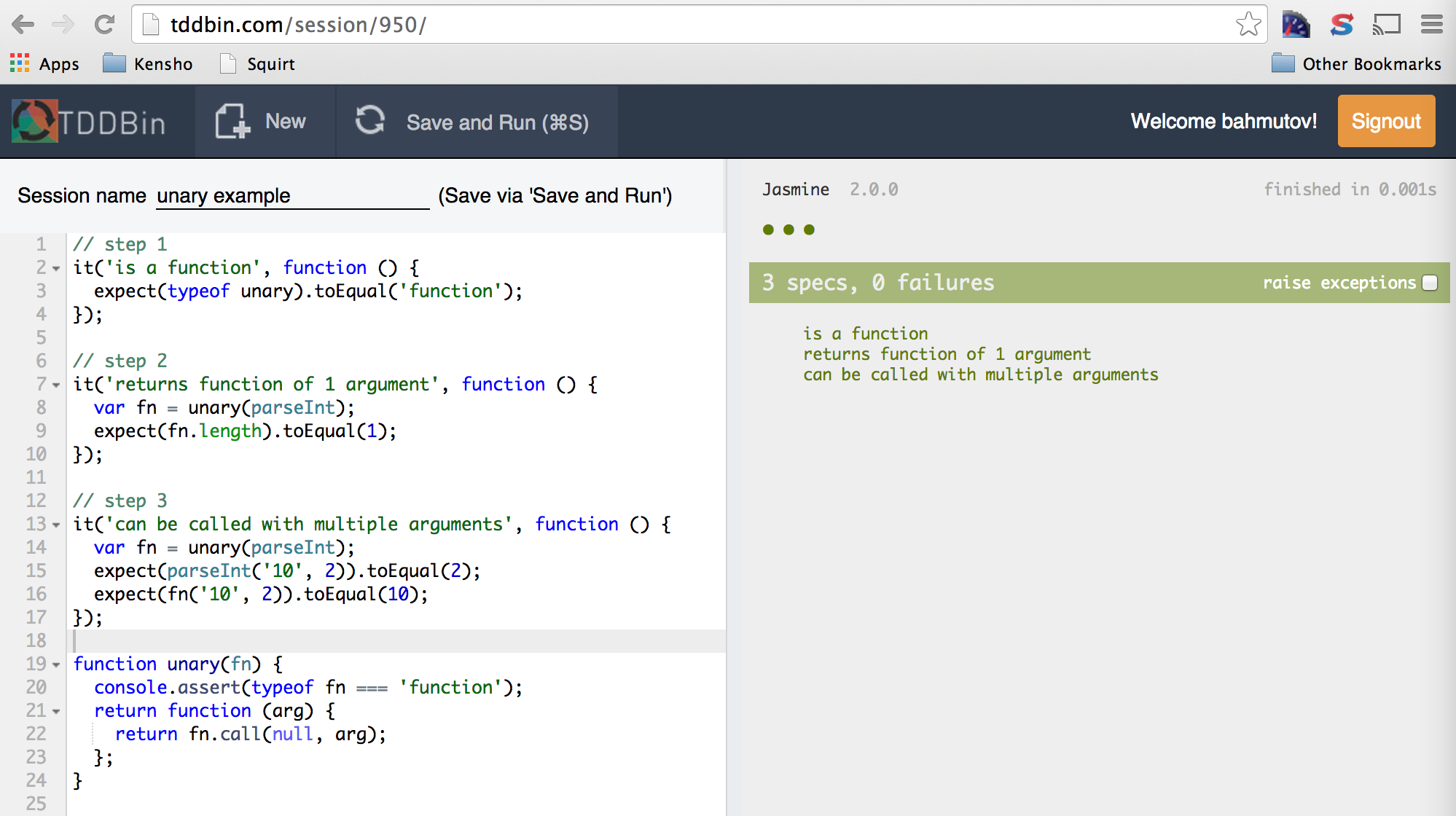 In elementary school mathematics classes our teacher always said "Show your work". Functional coding interview questions have a nice property: you can show your work by first expressing what you are trying to achieve in plain English, then writing an unit test, and then coding the solution. The result as you can see is almost 1 to 1 mapping from plain English prose to JavaScript code.