Imagine you got yourself a private GitLab instance and your own NPM registry. Now you can achieve automated semantic release nirvana in less than five minutes.

This guide assumes that your GitLab instance runs at https://gitlab.team.com and your private NPM registry is available at https://registry.team.com/.

Notice that we are ignoring the result of the semantic-release-gitlab call. This is to ignore non-zero exit code when there is nothing to be published.

We probably did not have any commits that followed semantic convention. For example, if we fix a bug, we should commit code with message that starts with fix(what): ...

Similarly, a commit that adds a new feature should start with feat(what): .... Any commit that breaks existing API should have BREAKING CHANGE text somewhere inside the commit message text.

Because we are following Angular commit convention the chore(ci): ... commit message should trigger patch release. But the next commit is a feature commit feat(release): ... it will trigger minor version upgrade. The larger upgrade wins. If you do not want to release a new version, just commit with regular text that does not start with fix, feat, etc.

The CI job needs to authenticate with both NPM registry to publish, and with GitLab itself to push new tag.

We just got ourselves package @team/[email protected]! Let us add a few commits, for example a fix commit and watch publishing and tagging happen automatically after pushing the code change to the remote. 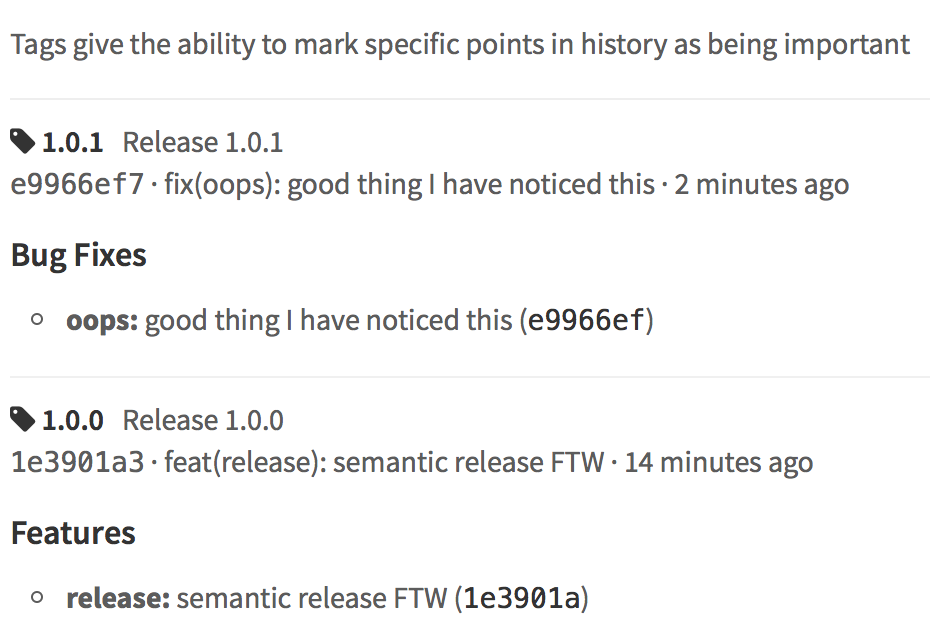