I had a chance to attend candidate forum before local elections to Cambridge, Massachusetts. All candidates appeal to me, but the climate catastrophe is the number one issue that should be on everyone's mind right now. So in this light, here are the candidates that do put the Earth's climate as their number one priority. 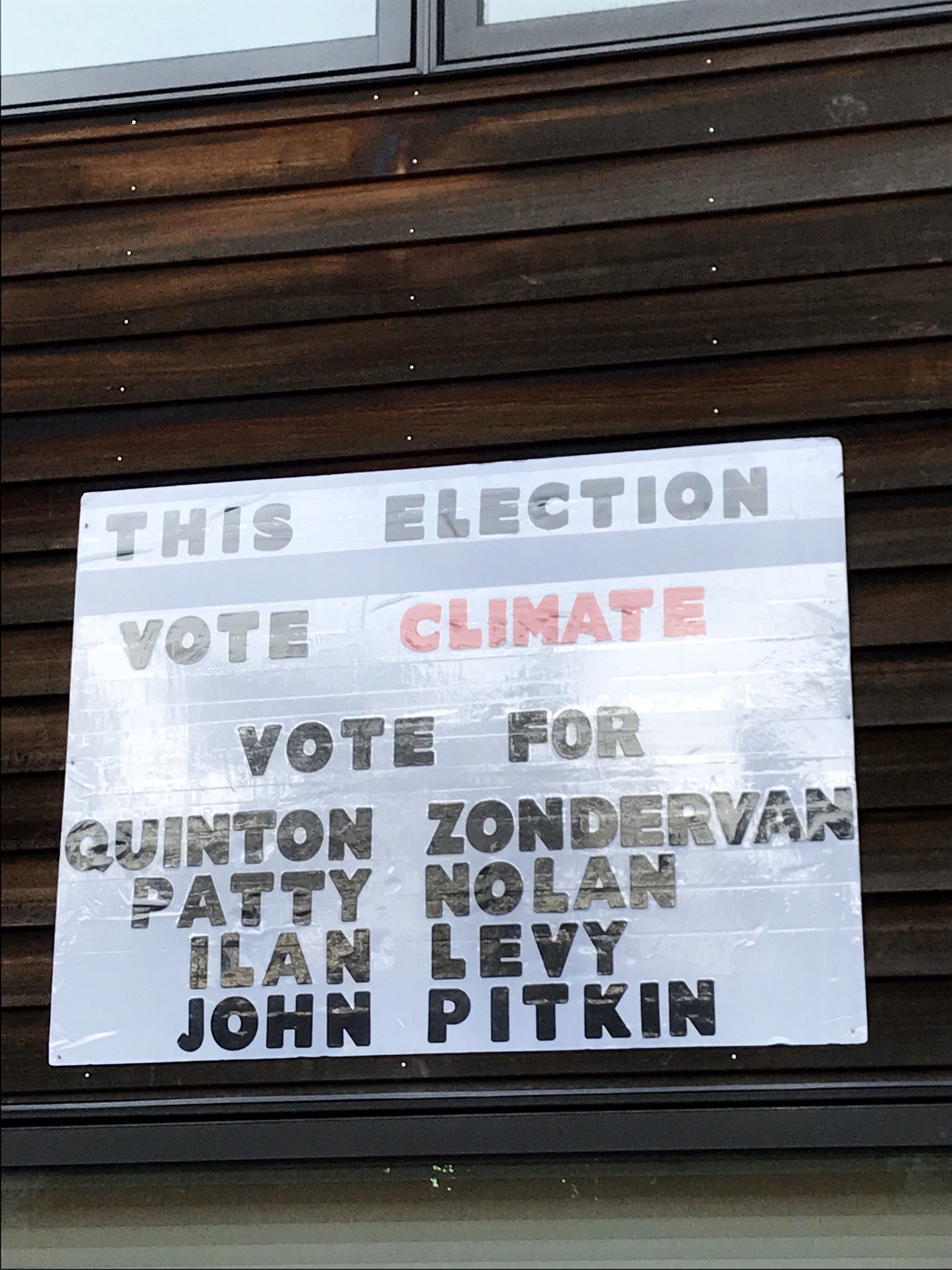 I loved many other candidates and their platforms: Adriane Musgrave @abmusgrave, Marc McGovern @MarcGov (what a great name for an elected politician), and I will vote for them - but after I put the above 4 candidates as my numbers 1 through 4. City of Cambridge has ranked voting which is an excellent system.

Voting in local elections is something every can do - and the people you elect directly affect your town and your life. Please vote with the climate emergency as number one issue this election cycle. Cambridge is a unique rich city with major tech corporations located in it - it should lead in green renewable energy and carbon draw-down.

My original list included 4 people. After getting some feedback from the others, and having a long conversation on Twitter (follows this paragraph) with Burhan Azeem @realBurhanAzeem I am so happy to add him to my list of people to support. His clear eyed answer to the question "what is in your opinion a realistic and science-based likely scenario with regards to the climate?" is refreshing to see. We are in planet becomes unlivable phase, and by the way - Cambridge being on the shore of Atlantic ocean will not fare very well.

After the conversation below, we have agreed that Cambridge can immediately: 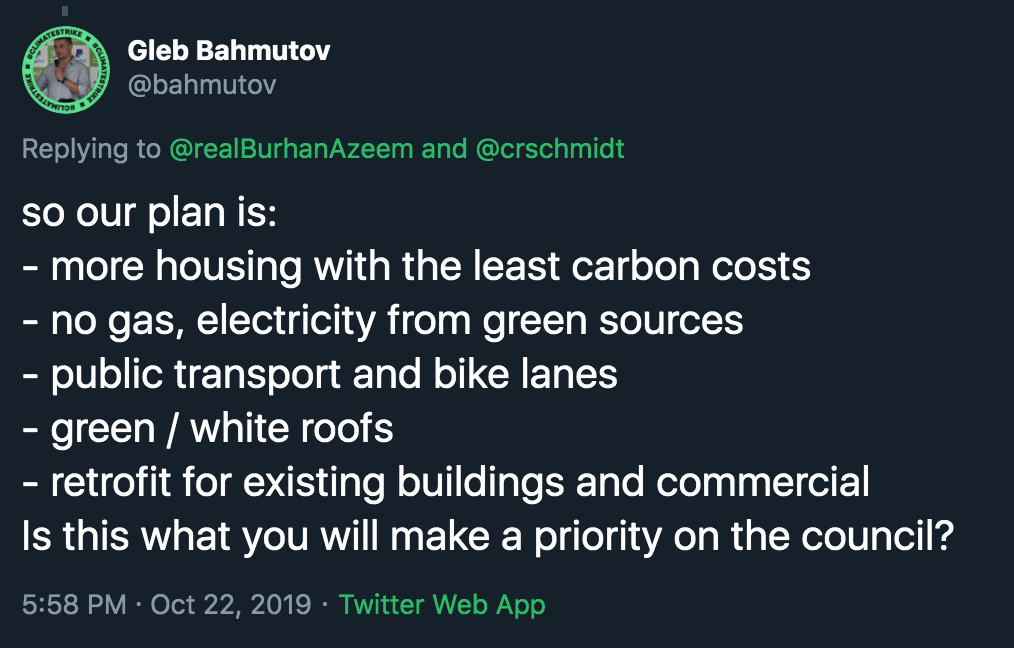